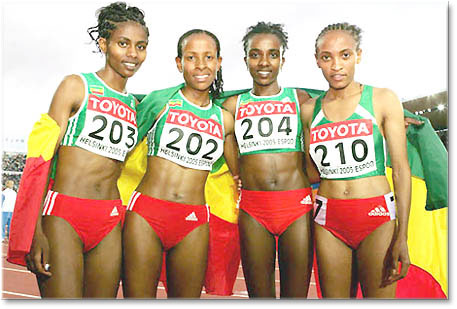 The 10th International Association of Athletics Federation (IAAF) World Championship in Helsinki has come to an end with a record nine medals for Ethiopian athletes, the country’s biggest ever in its 22-year participation in the world athletics events.

Tirunesh Dibaba, Ethiopia’s star of the championship, completed the women’s unprecedented world distance double, wining the women’s 5,000 meter and leading her fellow country team-mates finishing the top four places. She made her own history by becoming the first runner to win both the 5,000 and 10,000 meter world titles. Mean while as predicted, the world best men Athlete of the year 2004, Kenenisa Bekele comfortably defended the title in 10,000 meter that he won two years ago in Paris.

Compared to the 9th IAAF World Championships held in Paris Ethiopia has registered a remarkable progress in Helsinki increasing the number of Medals from seven to nine and became 3rd in terms of the world medal ranking from the 4th place in Paris. 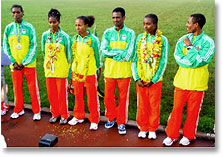 The 17th Anniversary of National Day