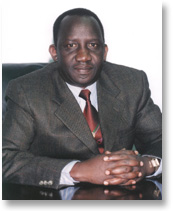 Two Thousand and five (2005) is a special year in the relationship between Ethiopia and Japan. It marks the 50th anniversary of the resumption of the diplomatic relations between the two Countries. Equally important, Ethiopia is among the 126 Countries and Organizations participating at the Aichi 2005 World Exposition.
This is the second time Ethiopia has participated in a similar event in Japan since the Osaka Expo of 1970. Surely Aichi 2005 presents another excellent opportunity to bring closer to Japanese people Ethiopian Culture, tradition and history.

Humankind is regarded to have originated from Africa in general and Ethiopia in particular. This is corroborated by the finds of human remains dating back to millions of years among which “Lucy” the 3.5 million years old complete human skeleton is the most well known. At our booth located in the African Pavilion, Japanese public will have the opportunity to take glimpses of what Lucy look like, along with depictions of some of our World heritage sites. Moreover, as the origin of coffee, our booth displays several varieties of green beans, accompanied by the unique Ethiopian Coffee ceremony.

In conjunction with our participation in the Expo, an Ethiopian Traditional Dancing Troupe will tour Japan from May 14th to 24th. The Troupe will perform at the Expo Hall on the morning of May 16, for the ceremony of our National day at Aichi, then on May 17 and 18 at the Africa Pavilion.

Besides this we are hoping to bring the show to as many Japanese as possible. Accordingly, the Troupe will also travel and perform in Horai-cho, our partner town for the Expo and Tokyo Metropolitan, in Edogawa-ku and Minato-ku. Like the last tour of our Dancing Troupe in 2003, this Group will also have the opportunity to thrill the expected fifty thousands or so audiences of the Africa Fiesta at Hibiya Park on the 21st & 22nd May, with the exotic Ethiopian dance. Our last Cultural Troupe generated much excitement among many Japanese and other foreign nationals alike. The latest one will be an experience of its own. Please come and join us along the trail from Aichi to Nagoya, Horai-cho to Tokyo.

Of course all these activities could not have been possible without the assistance of our Japanese friends and sponsors to whom we are highly indebted. I take this opportunity to salute Kajima, Mitsubishi, Marubeni, Mitsui, and Toyota-Tsusho corporations, as well as Kohkensha Co., Ltd., Rose de Sahara and Saiyu Travel for their generous sponsorship and support. Our special thanks and appreciation go to the Japanese Association for Aichi 2005 World Exposition, Horai Town, Foreign Ministry of Japan, the Ethiopian Association of Japan and Minato Sport Community, Culture and Health Foundation for their invaluable support to the Cultural Troupe and our Expo participation.

Lucy is in Japan

Numerous archaeological discoveries carried out and their findings to date ascertain that Ethiopia is indeed the earliest known home of human kind. A skeleton of an older human ancestor Australopithecus Afarensis, Lucy – the skeleton covering 40% of the human body of a twenty years old female that lived 3.5 million years ago, was discovered in 1974 in the Afar region of Ethiopia. The discovery of Lucy or Dinkinesh has paved the way for the search of human origins. Lucy is one of the world heritages registered by the United Nations Education, Science and Culture Organization (UNESCO).
The Embassy of the Federal Democratic Republic of Ethiopia is pleased to announce that the Ethiopian National Committee for Aichi 2005 Expo has brought Lucy to Aichi, Japan and displayed at the Ethiopian booth in the African Pavilion, Global Common Five. The Embassy would also like to take this opportunity to invite all Japanese and foreign nationals visiting the Aichi-Expo 2005, to stop over at the Ethiopian booth and have glimpses of one of the oldest human ancestors.

The Cultural Troupe Coming to Japan

The Troupe led by the famous musician and a jazz composer, Mr. Mulatu Astatke will be arriving in Japan on 14 May 2005 and stages it performances in Aichi, Horai Town, Edogawa-ku, Minato-ku (Takanawa) and Hibiya-park.

Mr. Mulatu Astatke, who graduated from Trinity College of Music in England majoring Clarinet and the piano, also studied music composition, arrangement and research in Berkley College, in Boston. Mr. Mulatu has done a tremendous job in blending the Ethiopian cultural music with the modern one. Other members of the group have five to twenty three years of experiences in performing the Ethiopian traditional music and dances in different stages with in Ethiopia and abroad in Europe, Middle East and America.

Ambassador’s message on the occasion of the 13th Anniversary of the demise of the Dergue Regime and the Founding of th...

Support Flood Victims It is to be recalled that the death toll from the August 5th 2006 flooding in Dire Dawa town, Eas...

According to the new regulation recently issued by the Security Immigration and Refugee Affairs Authority of the Fed...

Joint declaration By UEDF, CUD and EPRDF on the NEBE complaints review and Investigation process 10 June 2005