A Land of Great Civilization

Ethiopia has a proud and long history extending to the known beginnings of humankind. The Axumite kingdom was one of the great civilizations of the ancient world and has left behind the mystery of the great Stellae found at Axum. In the late middle Ages great religious civilizations flourished in many parts of the country, particularly at Lalibela where churches hewn out of massive monolithic rock testify not only to great faith but also to great architectural skills. And in the former capital of Gondar many significant castles speak of the same legacy. All these would be enough to make Ethiopia a fascinating place to visit and travel through, but Ethiopia has so much more to offer. 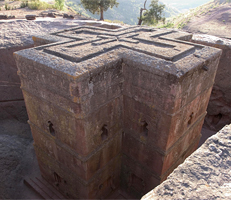 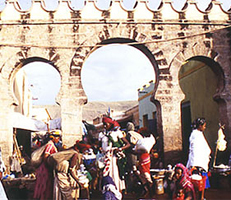 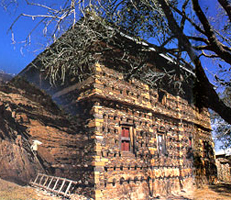 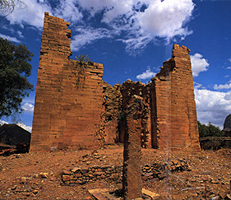 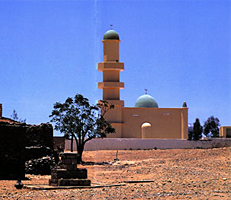 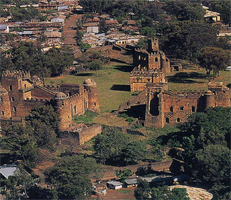 Axum has a history that goes back more than 3000 year. It was the center of one of the first civilizations to adopt Christianity as a state religion. Axum’s greatest significance, however, is as the epicentre of the Queen of Sheba dynasty, upon which rests the rotion of the sacred kingship of the Semitic peoples of Ethiopia. Axum is renowned for the world’s tallest monoliths, or Obelisks, carved from single pieces of rock. Some experts believe they were erected to work the passing of some ancient royal personages; others say that they had an astronomical function. The largest obelisks, measuring over 33 meters, fell long and now lies in pieces. The oldest church in Africa, south of the Sahara, is the first St. Mary of Zion Church, originally build around the 4th century. Emperor Fasilidas replaced it with a newer church around 1635 which is still a place of active worship, notable for its crenellate, fortress-like walls.

Known as the Eight Wonder of the world, Lalibela is a revered spot to Ethiopians and foreigners alike. One is baffled by the immensity and beauty of twelve monolithic churches that were hewn out of rock over eight centuries ago. The town is named for King Lalibela, who was born there in the early 12th century, and transformed into a natural wonder. At the moment of the future king’s birth, he was surrounded by a cloud of bees, and believing these to be the soldiers that wound one day serve her son, his mother gave him the name Lalibela, which means “the bees recognize his sovereignty”.

Legend has it that King Lalibela enlisted the help of angles to produce the miraculous rock-hewn churches. Standing in two groups, on either side of the Jordan River, the churches are still house of worship today. One of the churches is believed to contain the tomb of the king himself.

The city of Harar is an ancient (1520) and holy city. Always an important trading center, the city is famous for its ancient building, its great city walls, and as a center of learning and Muslim scholarship (the town has 99 mosques). The city is well known for its superb handicrafts that include woven textiles, basketware, silverware and handsomely bound books, and Harar has been a place of pilgrimage from all over the world for many years. Places to visit in Harar are, the city walls, Rimbaud House, The Hyena Men, and Babille Elephant Sanctuary.

Damo is unique and unforgettable although, as with most Ethiopian monasteries. Women are not allowed to enter it. Even so, there is a daunting obstacle to the monastery: the only means of access is a climb of twenty-five meters up a sheer cliff. Monks lower a safety rope, which visitors tie around their waists. Then they used a second, thicker rope to climb with. Some may reflect, as they make their way to the top, that because of this arduous, dangerous ascent the art treasures of Debre Damo have remained intact through the monastery’s 1400 tumultuous years of history.

The treasures include and extensive collection of illuminated manuscripts-among them the oldest surviving fragments of texts anywhere in Ethiopia-and intricate carvings on the beams and ceiling of the ancient church around which the monastery is built, and a large number of paintings.

Yeha is the center of the earliest civilization in northern Ethiopia.

The journey takes you on rough tracks through the dramatic highland scenery and eventually ends in a beautiful and serene agricultural hamlet. It is there, close to a much more recent Christian Church that you may see the towering ruins of Yeha’s Temple of the moon built more than 2500 years ago in Sabaean times.

The temple is an imposing rectangular edifice. Through it has long since lost its roof and upper storeys the ruins stand some twelve metres in height. As evening falls, the temple’s finely dressed and polished limestone reflects the glow of the setting sun with warmth and brilliance that cannot be accidental. The huge, precisely fitted blocks from which the inward-including walls are formed seen to bear out ancient opinion that Sabaean buildings could be filled with water without a single drop being lost.

Tiya is one of the most attractive archaeological sites found in Ethiopia. The site is located 500 meters east of a small town called Tiya, in the Southern Nations, Nationalities and Peoples Regional State. It contains 36 monuments, including 32 carved stelae on which symbols are engraved. The site had a funerary function, hence, the stelae are surrounded by scattered graves. It is registered in the World Heritage List of the UNESCO.

Negash is a small village located 60 km east of Mekele, the capital of Tigray Region. Anonymous with Islam as it is the place where the first mosque was constructed in Ethiopia. It also serves as enduring reminder of the warm welcome extended by the Ethiopian King of the time when those Muslims including the family of the prophet Mohammed fled persecution in their own land found refuge in Ethiopia during the early years of seventh century. Since then, Negash, has been a place of great historical and religious significance in a sense that it is a symbol of peaceful coexistence between Muslim and Christian religions.

Gondar has been called the Camelot of Africa. The capital of Ethiopia in the time of the 17th century. Emperor Fasilidas, the city is celebrated for its castle places built by the Emperor and many of his successors until the middle of the 19th century. The ‘imperial quarter’ is one of the most impressive vestiges of Ethiopia’s great past. Other treasures of Gondar include the 18th century palace of Ras Beit, the bath of Fasilidas the ruined palace of Kusquam, and the church of Debre Berhar Selassie with its unique murals.